RWYCI Union Chandlery October Series concluded this weekend on the 30th October. The series had scheduled races over the first four Sundays and final Saturday in October.

Racing was cancelled due to bad weather on the first weekend, the series got underway on week two in blissful sunshine and light north-westerly winds of 6-10 knots, under the excellent race management of Aoife Lyons and David Vinnell. The on-the-water team got in three races in each class with windward-leeward courses for the spinnaker fleet and triangular courses for the white sails fleet. In the spinnaker fleet it was Tadhg O’Loingsigh and crew on their J24, Janx Spirit topping the spinnaker fleet in both ECHO and IRC.  In white sails the very impressive traditional sailing craft, Sally O’Keeffe, built by Steve Morris and operated by Seol Sionna, won race one, and race three was won by Pat O’Shea’s Malo 36, Amergin, however Elaine O’Mahoney & Simon McGibney’s newly acquired First 265 lead the class after week one with a 2nd – 1st – 2nd.

On the third Sunday of racing, OOD’s Aoife Lyons and David Vinnell, ran two races in beautiful sunshine with a southerly 10-12 knots. In the spinnaker fleet Janx Spirit continued their great form with a further two wins in IRC while Rob Allen’s Corby 25 lead the spinnaker fleet in ECHO. In white sails Adrian O’Connell on his modified Seawolf 26 claimed two wins to put pressure on the leaders.

With another weekend cancelled due to weather, the final weekend of racing took place on the last Saturday of the month, in this very enjoyable Union Chandlery October Series. There was plenty of wind from the south-west and luckily the rain held off during the mid-afternoons racing. White sails completed their full schedule of races with another two races, both won by Fintan Keating’s Halberg Rassy, Passade, who enjoyed the heavier winds. The spinnaker fleet added three more races to their series with two wins for the Corby 25, Smile and a race win for Ray McGibney’s J24, Lady J in ECHO and two wins for Diarmuid O’Donovan’s J24 Yachtzee, with Smile taking the final race win in IRC.
​
At the overall prize giving event on Saturday evening event organiser Simon McGibney thanked all the volunteers especially the OOD’s David and Aoife for superb race courses and efficient running of races each week. He also thanked Union Chandlery for their very generous sponsorship and kind words sent to the club, which were communicated to the members at the prizegiving. 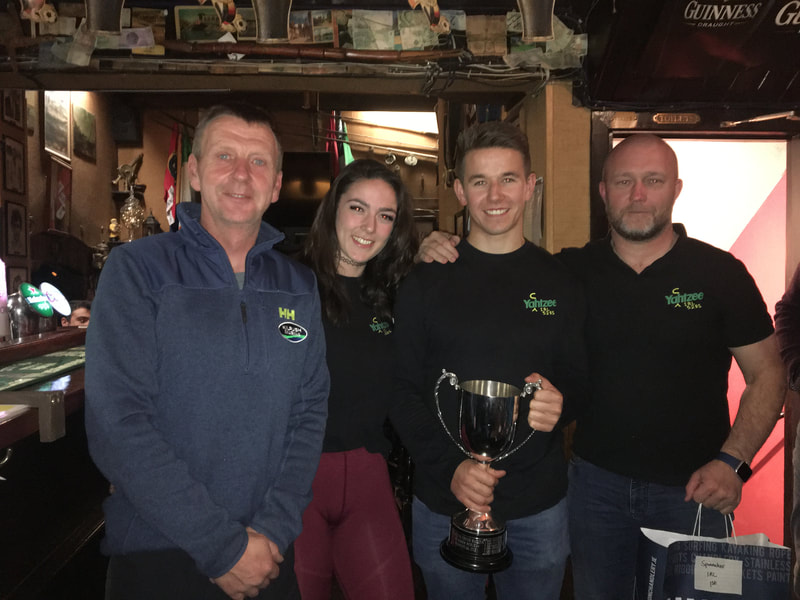